“The Country of the Blind”

On the Challenge of Strength-Based Practice

by Henry Lauer:
MSW Student Representative on the NASW Oregon Board of Directors 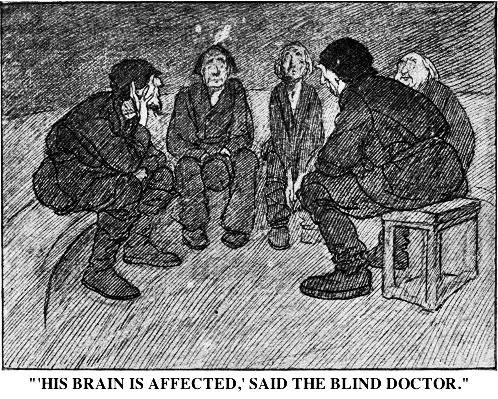 One of H. G. Wells’ most famous stories is “The Country of the Blind.” It relates the story of a mountaineer who stumbles across an isolated village of people who are all blind, and have been so for several generations. The protagonist expects that, having vision, he will quickly take a pre-eminent role among this blind community. Instead, he discovers that strengths and deficits are not absolute; they are social constructs.

Our sighted hero finds that his adopted community of blind folk have enhanced senses to compensate for their lack of sight. Furthermore, they regard his wild claims about a so-called “fifth sense” with skepticism. It doesn’t help that, for all of his cavalier claims of extra-sensory perception, the hero of the tale proves utterly incompetent as soon as night falls; the villagers have no vision to lose at nightfall, whereas he becomes rather useless.

The climax of the story has our hero consent to his eyes being torn out; the blind villagers see this as the only way to get him to accept reality, namely, the real world of the four senses. In the end, he escapes. Wells later revised the story to have our sighted adventurer warn his blind friends in vain of an impending rock slide disaster that is obvious to his eyes but which simply does not register in the world of those with only four senses. They ignore him, with the implication that their civilization is doomed by their lack of open-mindedness.

Imagine if we in the helping professions were also four-sensed. Yes, we use them well, achieving amazing feats of understanding, insight, advocacy, and compassion. Yes, we cope well in changing circumstances, the turn of night and day. However, what if many of our clients do not live in the four-sense world of social work? This, I propose, is a strength based practice sort of question.

Strength based practice requires us to find strength in the stories of people accustomed to drowning in narratives of deficiency. It asks us to assume that every person we help has inherent dignity, gifts, wisdom, creativity, and capacity for sound judgment. It asks us to assume that our clients are heroic survivors in worlds of injustice, fear, scarcity, and despair. It asks us to be sensitive to the possibility that our clients have five senses – even though this might be totally counter-intuitive to our four-sensed experience.

There are two dimensions to strength-based practice. The first dimension is more personal: we have to learn to listen, to honor, to encourage, in small but consistent ways. We have to believe in our clients even when they struggle to believe in themselves. And we have to really believe; it cannot be a front or a mere technique. We have to hold out our hope into the abyss of the unknown, that it might perhaps become a bridge for our clients to cross.

The second dimension is less often discussed. We have a calling to undermine our habituation to whatever we think this reality is. We have to strive to constantly question our settled – perhaps even invisible – assumptions about race, class, gender, power, technology, political institutions. ‘Consensus Reality’ is all-pervading; our cognitive biases are so familiar to us that we almost never even notice how powerfully they shape our experience, belief, and behavior.

The implication being that for strength-based practice to be genuine, it has to be profoundly subversive. You cannot be 100% strength-based if you don’t constantly challenge yourself from both micro- and macro-social work perspectives. You need to be constantly excavating the catacombs of whatever is mainstream, self-evident, settled as true. Otherwise you risk signing on for any number of well-intended persecutions; ‘for their own good’ is the mantra of accidental (as well as intentional) evil throughout the ages.

In H. G .Wells’ story, the blind villagers cannot recognize the hidden strength of sight that their visitor possesses. In the end, this marvelous gift becomes a terrible handicap, and his insistence on its reality threatens the entire order of their culture. Their attempts to regulate and control his supposedly wild and mystical claims lead ultimately to their attempt to literally rip his eyes from his face – hardly a strength-based intervention, and all too reminiscent of lobotomy, electro-shock treatment, or the mass incarceration of the mentally ill.

In other words, the greatest harm threatened to Wells’ sight-gifted hero emerges from a society with a deficit-based outlook. If we as social workers cannot adopt the discipline of strength-based thinking – a discipline of compassion, curiosity, open-mindedness, and historical-socio-political critique – we too are at risk of punishing our clients precisely because of their strengths. History is replete with examples of this happening. They deserve better. So do we.