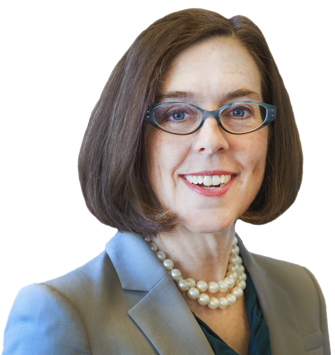 Salem, Ore. – The National Association of Social Workers (NASW) Oregon Chapter congratulates Gov. Kate Brown on her inauguration as Oregon’s governor. In her inaugural address, Gov. Brown reaffirmed her longstanding commitment to serving all Oregonians, “especially those who haven’t had a fair shot or who have been left behind.”
Gov. Brown’s address highlighted many of the issues that are front-and-center among NASW’s legislative priorities:

Regarding Oregon’s $1.7 billion budget deficit, Gov. Brown implored the assembled legislators to follow the advice of Gov. McCall in his inaugural address 50 years ago: “To work in partnership, rather than partisanship.” She called for efficient use of state resources, reform of the state’s tax structure and addressing the public pension system known as PERS.

NASW Oregon commends Brown on her commitment to the vulnerable members of society and those who have historically been underrepresented in the political process. The organization looks forward to working with Gov. Brown and the Oregon legislature on these issues in the 2017 Legislative Session.

The National Association of Social Workers (NASW), founded October 1, 1955, is the largest and most recognized membership organization of Professional social workers in the world. Representing more than 130,000 members from 55 chapters in the United States and abroad, the Association promotes, develops, and protects the practice of social work and social workers.  NASW also seeks to enhance the well-being of individuals, families, and communities through its work and advocacy.

The NASW Oregon Chapter is a state chapter of the NASW. It was founded in 1971 and now has 1,500 members. To learn more, visit http://nasworegon.org/.