“I am Latina, bilingual, an advocate, and dedicated. I am NASW.” 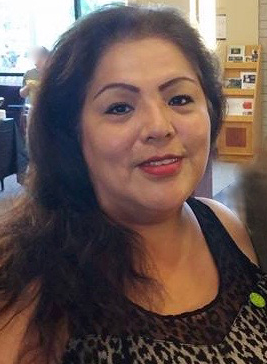 Martha has worked for over 30 years in community grassroots social services. She has significant experience with people of different cultures, socioeconomic and educational backgrounds, and has specialized experience working with immigrant communities. She has worked with Mano a Mano, Causa (Oregon’s Immigration Rights Organization), Parents with Voices, and the Salem Keizer Coalition for Equality as a Community Outreach Coordinator. She is the founder of Girls with Attitude and co-founder of Latinos Unidos Siempre.

For eight years, she worked for Mano a Mano, a non-profit organization that serves primarily the immigrant communities, although the social service program also reaches the larger Salem area. As the Director, she was responsible for overseeing all aspects of the organization, including the development and implementation of social services, youth, cultural and educational programs.

The staff at Mano a Mano included members from different cultural, religious, educational, sexual orientations and socioeconomic backgrounds.  Martha played a leadership role in creating a supportive environment in which each member was consistently asked to challenge personal biases and collectively find ways to welcome the diversity of its members.  The organization played a leadership role training other associations on cultural diversity and cultural competence, offering workshops and other educational opportunities. In this way, she and her colleagues collaborated to develop a workforce that was trained and prepared to serve the community in a culturally competent way.

Martha’s peers have watched her grow in experience, become extremely facile at explaining underlying theory, and deepen her conviction to become a social worker extraordinaire! She recently completed her term as MSW Student Representative on the Oregon Chapter of the National Association of Social Workers Board of Directors. In July, she tied for Vice President of the Oregon Chapter Board of Directors election but conceded in order to be the Mid-Valley Region Representative to continue growing the chapter membership and doing community activism. She has been a source of inspiration to her MSW cohort speaking out at the Oregon Capitol, rallies and during the NASW Legislative Education and Advocacy Day / Day of Action. No stranger to the political process, Martha holds an admirable combination of pragmatism and vision when it comes to changing the system.

Although Martha has many years of experience as a community organizer, she remains humble. She recognizes that she can always learn from others and values learning new skills. Her work in the community illustrates that she knows how to facilitate collaboration with diverse agencies and organizations in a variety of sectors.  We know Martha will do wonderful things with a Social Work degree and eagerly watch her change our world.

Nomination for this award was by Kaseja Wilder, MSW student at Portland State University.

The NASW Oregon Chapter Jerry Frey Social Work Macro Practice Award is given in memory of Jerry Frey, a longtime member of Portland State University School of Social Work faculty and the NASW Oregon Chapter. The award recipient receives $250 and dinner with the Oregon Chapter Executive Director, a profile in nwsocialworkers.com — the e-news site for the social worker community in the Pacific Northwest—and promotion on NASW social media. Nominations open every Spring and any MSW student enrolled in a bricks-and-mortar campus of Oregon, serving in a macro setting practicum, is eligible for nomination. For more information, contact the NASW Oregon Chapter Office at nasw@nasworegong.org or (503) 452-8420