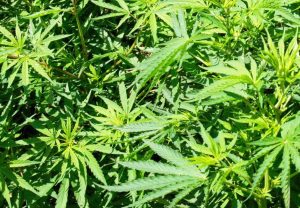 Portland, Ore. –The NASW Oregon Chapter’s Social Workers Political Action Committee has met with both sides of the Measure 91 ballot measure campaign to weigh the issues carefully. As social workers, our mission is to enhance human well-being and meet the basic human needs of all people, with particular attention to the needs and empowerment of people who are vulnerable, oppressed, and living in poverty. The committee compared Oregon’s current approach on marijuana with the approach proposed in Measure 91 in terms of our mission. The measure is imperfect, and due to the ballot process, it cannot be amended before the vote. However, we conclude that the measure’s approach to marijuana use as a public health issue is more consistent with the social work profession’s mandate, than Oregon’s current treatment of non-medical marijuana use. Evidence points to costs savings for government and decreased prevalence of poverty when a public health approach is taken on marijuana, rather than a “drug war” mindset. A public health approach to drug policy has been defined by the Drug Policy Alliance as a “coordinated, comprehensive effort that balances public health and safety in order to create safer, healthier communities, measuring success by the impact of both drug use and drug policies on the public health.” We believe the 25% of revenues that Measure 91 dedicates to mental health and addiction treatment, among other aspects of the measure, will help ease Oregon’s shift from a criminal justice view to a public health view on drug policy.

As a profession that specializes in addiction treatment, the National Association of Social Workers Oregon Chapter (NASW-OR) carefully considered the potential impacts of Measure 91 on addiction. While exploring the issue it became evident that criminalization of marijuana has not significantly curbed abuse of the drug. Although it appears that some use the drug responsibly, addiction is still a
significant issue in our society—as is addiction to alcohol. Measure 91 would create an aboveboard taxed market with revenues dedicated to programs aimed at addiction and mental health. If the measure passes, NASW-OR recommends that the Oregon Legislature further limit the amount of marijuana each person is allowed to possess and address the lack of sufficient labeling guidelines.