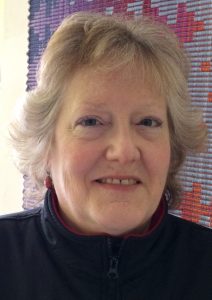 Anti-bullying campaigns are becoming more common place in schools across America, and for good reason- nearly 1 in 4 students say they have been bullied, from elementary to high school.  Even when children graduate from school and enter the adult world, bullying can still affect them, although little is done to stop it. In fact, victims of abusive work environments have few protections under the law.

It wasn’t until Oregon social worker Lisa Stine began talking with family and former colleagues in the fall of 2015 about their job experiences that she realized how prevalent abusive work environments are. In just a few months, Stine had compiled a long list of abysmal situations “where people are emotionally abused and intimidated not because they are incompetent at their job, but because there is one person who has ultimate control over them to say otherwise. ”

Around the same time, NASW published Dr. Judith Balcerzak’s key findings on the subject, noting that up to 20% of the U.S. workforce will experience some sort of abuse during their careers (Workplace Bullying: Clinical and Organizational Perspective, December, 2015).

“The sad thing to me,” says Stine, “is that except for Judith’s book, there has been very little written in the mental health field. This has been going on for years…it’s not a new phenomenon. I just never saw it.”

Through research, Stine discovered that no state in the U.S. has legislation to protect workers against the pervasive existence of mobbing and bullying unless an employee is in a Title VII-protected category (Civil Rights Act of 1964). Nearly 30 states had tried and failed, including Oregon’s Healthy Workplace bill in 2005, 2007 and 2009. Determined, she attended a legislative forum through the local NASW chapter in January of 2016.  During the spring and early summer she met and spoke with local lobbyists on the subject. Through their prompting, Lisa drafted a white paper summarizing her findings to take to local legislators.

“Before now,” said Lisa, “there hasn’t been a clear enough definition (of abusive work environments), and people think new legislation is going to cost money.” So instead of starting from scratch, Stine researched current statutes and imbedded the Healthy Workplace Bill to amend the Oregon Workers Comp Law (ORS Chapter 656) to include emotional trauma (not just physical harm).

Under the amended law, the healthy workplace law should:

Stine proposed these amendments to Oregon Rep. Paul Hovey, House Committee Chair of Business and Labor and State Senator Michael Dembrow, former Chair of the Senate Workforce Committee (under HB 2167 and SB 292, respectfully). Both Rep Hovey and Senator Dembrow have introduced each bill to their respective committees and both will be up for consideration during the upcoming Session starting in February.  (Note: As of January 17, 2017, SB 292 was referred to the Senate Judiciary Committee for consideration.)

Along with NASW-Oregon’s endorsement, the bills have received support from  the Oregon Trial Lawyers Association and NELA-Oregon Chapter (National Employment Law Association). It is Stine’s hope that this movement will gain traction, and empower people to reach out to their own NASW chapters to encourage legislation in other states for better protection of workers.

You can track the progress of each bill here:

For more information on NASW-Oregon’s advocacy efforts, and to make a contribution to the Legislative Action Fund, go to: http://nasworegon.org/advocacy/legislative-action-fund/

Lisa Stine has an MSW from Indiana University. She has been living in Oregon since 1980, served as the Director of Youth Ministry at Westminster Presbyterian Church for 32 years, and is a member of the NASW-Oregon chapter. Currently, Lisa resides in Portland with her husband.