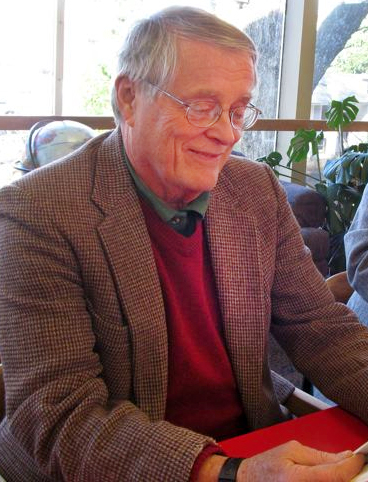 “This is an older poem not about the current 2016 election. But after that, I wanted to pull this one out and have been reading it more. Something to know about it, too, is that, in the 18th Century, the English sent food to the continent which could have gone to Ireland while there was famine there.”

The country road stretches through abandoned farms where
Children shun half-rotten potatoes.
Where has all the food gone?
On ships, they say, bound for Cherbourg and Calais and Copenhagen.
In Dublin men in wigs converse over tea, a roaring fire
warming them.

In London the King converses in German about benign neglect and
Speakers in parliament debate the naval question.
Members buy and sell seats without the inconvenience of
election and make policy for unprotected provinces.
The Duchess of Marlborough’s ball is the highlight
of the Season.

The landless farmer stares at the board in the
now-deserted church.
Rain pours through the tatters in his wife’s shawl and
They all stares expectantly.
The broadside cries the beauty of America;
If only they could read.

I ache for my ancestors.

The sun bears down on the parched ground.
A lizard scampers across the porch.
Out in the yard a colony of ants feast on a dying scorpion.

No one knows exactly what has happened.
There was an announcement on the radio
Rumors flow like electric current along invisible wires.

Children watch warily from nearby doors.
A couple approach, then turn and walk away.
Dogs hurry about their daily business.

Maybe they’ll be coming, the guards say.
There will be no election today.
There’s been a change at the capital.

I ache for my neighbors.

Rain bears down the branches on this damp election day.
Yellow leaves adorn the ground in the early morning.
The Election Station shows scant signs of life as
I slid into my post in the dark, placard in hand.

As gray sunlight begins to chase away the night
I see my breath in the damp air.
A single figure approaches, silently entering the school.
A second voter wonders if I should be there.

A couple gingerly exit their car, notes in hand.
A man stops to talk – “she’s going to win,” he says.
Classes commence and the street continues deserted.
Where are the others that should be coming?

Nothing remains to complete here.
My coffee is cold and numbed fingers pack signs.
Other locations may hold more promise.
Still, this is better than a coup.

I ache for my country.