A Village For One 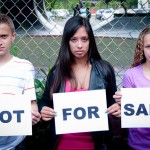 Filling in the Service Gaps for Portland’s Sexually Exploited Children An Interview with Co-Founder Cassandra Eichenberger LCSW, RN By: Amanda Ewing for NWSocialWorkers.com Cassie Eichenberger, the co-founder of A Village for One, was kind enough to sit down and share a bit about what she does, why she does it, and who can help. A… learn more » 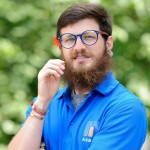 Christopher Bower is a recent social work graduate of Boise State University and a Fulbright Scholar. He will be serving as an English Teaching Assistant in Tajikistan, a mountainous landlocked country north of Afghanistan. He is an invited speaker to the Northwest Conference on Social Work, Portland, Oregon (September 30th and October 1st, 2016). I… learn more »

Ethics and Addictions in Older Adults 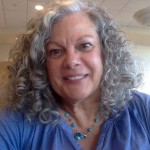 The changing demography of the US population will provide unique opportunities and challenges over the next decades. Ten thousand people each day are turning 65 years of age and will continue for the next eighteen years. This age wave is that of the Baby Boomers. Baby Boomers redefined each stage of life as they have experienced it, modifying fashion design and hair length as well as key societal institutions. They questioned the underlying values and attitudes of society. They influenced education, music, race relations, sex roles, and child rearing. They are about to change what we know about old age as well.

IMPORTANT information for NASW Members in private practice: An Hour With Private Practice: Questions and Answers is a free question and answer session for NASW members which is held every third Wednesday of the month from January through November.The monthly call-in sessions focus on a specific private practice subject. There is no registration and members… learn more »

Filed Under: NASW Members Only, News

Ferguson: We stand with you 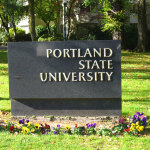 Faculty and Staff of the Portland State University School of Social Work stand in solidarity with communities working to address racism in our society, and in particular in our criminal legal system. We are saddened and outraged by the St. Louis County grand jury’s failure to indict Darren Wilson, the officer who killed Michael Brown, and we call for individual and collective healing and organizing for justice.
learn more >> 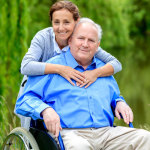 If you would have told me 10 years ago that I would be working in hospice I would not have believed you.

When I began my social work education, I was working in an adolescent treatment home. I mapped out my education to provide myself with the tools and knowledge to work with the adolescent population. But, once I finished my undergraduate degree and began looking for a job, I was introduced to hospice. I held what I now know are common misconceptions about hospice. I thought hospice was only care for those who had been sent home from the hospital to die. I thought it was incredibly sad and I worried I would become depressed and overly focused on death.
learn more >> 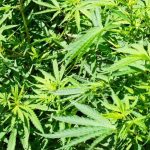 The NASW Oregon Chapter’s Social Workers Political Action Committee has met with both sides of the Measure 91 ballot measure campaign to weigh the issues carefully. As social workers, our mission is to enhance human well-being and meet the basic human needs of all people, with particular attention to the needs and empowerment of people who are vulnerable, oppressed, and living in poverty. The committee compared Oregon’s current approach on marijuana with the approach proposed in Measure 91 in terms of our mission.
learn more >> 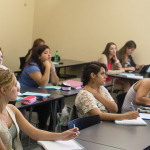 Applications to George Fox University’s new Master of Social Work (MSW) program will be accepted beginning in October in advance of the graduate degree program’s launch in the fall of 2015.

Prospective students will have between October 2014 and March 2015 to submit their application information at georgefox.edu/social-work. George Fox will be the only faith-based college or university in Oregon with an MSW program and one of only three institutions in the state to offer the degree.

The MSW is a 60-credit-hour, two-year program. Students who already have a bachelor’s degree in social work (BSW) from George Fox University or another program accredited by the Council on Social Work Education (CSWE) can apply for admission to the MSW’s Advanced Standing program, which enables full-time students to complete their MSW at George Fox in 10 months. learn more >>

The Psychological Challenge of Living
in the Modern World

The human mind did not evolve for the world we live in.

Over the last twenty-four hours I’ve gazed at the image of a reporter about to be beheaded. Moments later in the same newscast I watched a mother and father express their rage, sadness, and dismay when their teenage boy was shot to death after an unarmed altercation with a police officer.

How many of us imagined what it might have been like to be behind the eyes of that reporter, to feel what it was like to read that statement blaming the US for what would happen in the next handful of seconds?

How many of us imagined what it was like to be a black teenager without much of a future on the streets of Ferguson to be shot at as he ran from an officer for stealing cigars?

Originally published in Get Out of Your Mind by by Steven C. Hayes, Ph.D. Permission to republish NWsocialworkers.com given by the author.
learn more… 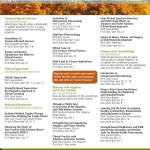