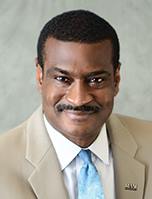 Dr. McClain leads efforts that grow and support the social work profession in the United States from NASW’s national headquarters in Washington DC.

He became NASW’s CEO after serving six years as Commissioner for the Massachusetts Department of Children and Families. While there, he oversaw a budget of $850 million and a workforce of 3,500 employees to address reports of abuse and neglect for the state’s most vulnerable children, partnering with families to help them better nurture and protect their children.

Prior to that position, Dr. McClain was Vice President and Executive Director of Value Options New Jersey where he built and oversaw administrative, clinical and quality management program infrastructures that increased access to behavioral health services for children and youth, including those in the juvenile justice system.